We started off strongly on good form, pressuring their defence well leading up to our first goal in the first 5 minutes from Ollie Collins. Lichfield’s midfield (Seb fisher, Ollie Collins, Joe Ohara, Louie Law) controlled the game hardly letting the ball through to the defence. However the defence ( John Nicklin, James Carter, Toby, Andrew and Alex) protected the goal well forcing their attack out of our D. The through balls the defenders played to our attackers meant more goals could happen coming from Oliver Jennings and Murray. The wingers Oliver Jennings, Murray and Dan all had an incredible game leading from the ball and placing it perfectly for the strikers allowing Joe Ohara and Ollie Collins to go through on goal and John Nicklin pelting one from the top of the D. Our goalkeeper, Zack, kept a clean sheet not letting anything past. Result was 9-0 to Lichfield with goals coming from Ollie Collins (2) John Nicklin (1) Joe Ohara (1) Oliver Jennings (1) Dan Thomas (2) Edward Murray (2)

How to get your kit 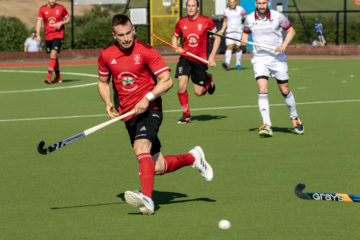 Under 18 Boys win at Telford

Lichfield started strongly against Telford with good pressure from the beginning of the match, leading to a composed and well executed goal from Corey half way through the first half. Lichfield continued moving the ball Read more…

Include categories in your news articles

With ClubBuzz 2 – you can categorise your posts into an unlimited amount of categories. For example, ‘Club news’ and ‘League news’. Add a feature image too to make it more visible!

We use cookies on our website to give you the most relevant experience by remembering your preferences and repeat visits. By clicking “Accept All”, you consent to the use of ALL the cookies. However, you may visit "Cookie Settings" to provide a controlled consent.
Cookie SettingsAccept All
Manage consent

This website uses cookies to improve your experience while you navigate through the website. Out of these, the cookies that are categorized as necessary are stored on your browser as they are essential for the working of basic functionalities of the website. We also use third-party cookies that help us analyze and understand how you use this website. These cookies will be stored in your browser only with your consent. You also have the option to opt-out of these cookies. But opting out of some of these cookies may affect your browsing experience.
Necessary Always Enabled

Any cookies that may not be particularly necessary for the website to function and is used specifically to collect user personal data via analytics, ads, other embedded contents are termed as non-necessary cookies. It is mandatory to procure user consent prior to running these cookies on your website.